This SMG is unlocked for free after deactivating 5 Radio Towers.

The look of A2000 could be customized with one of six available paint schemes. Each scheme costs $200 and does not affect weapon performance. 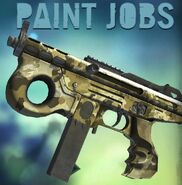 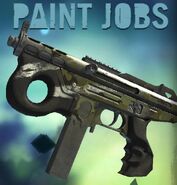 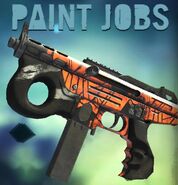 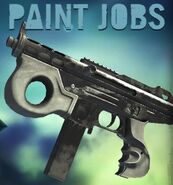 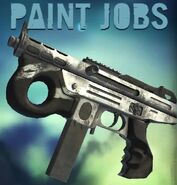 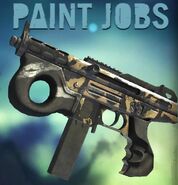 The A2000 returns in Far Cry 4, this time being the standard SMG for the Royal Army and Royal Guard, most notably used by their snipers and RPG shooters. It has lost its ability to mount a suppressor, but can have extended mags instead. It is fast and relatively accurate, as well as having a quick reload. However, its magazine size is relatively low, which massively degrades its usefulness against groups of enemies (like in the arena) and makes ext. magazines a boon when trying to use it to take out/defend outposts or to eliminate large groups of enemies.