The last time I went in there, I came out like... this.

Spoiler Warning: Plot and/or ending details for Far Cry 4 follow! Read at your own risk!

“I'm sacrificing our liberties for peace later. You can either get in line or get out of the way.”
Amita to Ajay (Player determined)


“A vicious child of the North who has forsaken her home and taken up arms against Kyrat. Allied with Sabal, she forms the lumbering two-headed elephant at the head of the Golden Path. Considered armed and dangerous.”
King Min's Kyrat

Amita never knew her parents. Instead, she was raised by her uncle and aunt, both of whom supported the Golden Path under the rule of its beloved founder, Mohan Ghale. However, Amita never admired Mohan, and she actively despises his legacy. She felt he was fighting to keep Kyrat stuck in its old days, and even if they were victorious, their country would still be oppressed by tradition.

Amita is part of the new generation of The Golden Path, and along with Sabal, she has been key in bringing the rebellion back to a force that can actually make a difference. What Amita lacked in age, she made up for in passion and smarts, and she is considered the first female to officially join the ranks of the Golden Path, taking up arms, training and fighting alongside the males, marking a shift in traditional roles.

Amita quickly realized that the Golden Path is failing because they are waging a war they cannot afford to perpetuate. Amita knows that the infrastructure of Kyrat is shot, and even with independence, they won’t have the means to rebuild without first establishing a firm financial foundation. To this end, she believes in using Kyrat’s thriving drug trade to fund the Golden Path. Amita has kept the rebellion low, planning out their strategies for the long term and stockpiling their assets. However she needs to show strength alongside Sabal, who is gathering his own supporters.

Amita is now being forced into action if she hopes to liberate Kyrat and protect her people. With tensions rising between the two leaders, Amita is now head to head with Sabal over the installation of Bhadra as the next Tarun Matara. Amita sees the practice as superstitious, old, and ultimately sexist, objectifying young women and robbing them of autonomy, a good education, and social life. She believes that intellectual, social, and financial progress is the only way to ensure a stable future for Kyrat.[1]

Amita was training Bhadra and showing her how to defend herself, which was unacceptable for Sabal, but the training is stopped because the Golden Path team had gone to De Pleur's Compound to rescue Darpan and Ajay Ghale has returned. Amita does not agree with Sabal's choice to risk their lives to go after Ajay. Amita then questions about Darpan and Sabal tells her that he is dead. Amita becomes enraged and shouts at Sabal, stating that they lost one of their best soldiers in order to save Ajay, who they barely knew. Then she goes away and retreats to teach Bhadra how to use a bow.

Ajay later returns to talk to Amita. Amita apologizes for being rude and states she was stressed because of the war, also telling that the war feels like a guilt trip for the death of Darpan. Ajay offers to help them and after that the player can side with Amita or stay on Sabal's side.

“Go on. Son of Mohan. Savior of Kyrat! Follow your orders, pull the trigger! I'm sure it's the will of Kyra!”
Amita, urging Ajay to shoot her under Sabal's orders (Determinant)


In the mission To Reap What You Sow, if Sabal is selected to lead the Golden Path, he will order Ajay to kill Amita, arguing that she is "just another Pagan" and has no respect for her heritage. Upon arriving at Amita's hideout and dispatching her followers, Ajay walks into the house and confronts Amita, who was typing some documents on a typewriter, her purpose of doing so unknown. Amita is surprised that Sabal sent Ajay to do the job, and Ajay, out of frustration, tells Amita that no one else pulls the trigger for the Golden Path. Amita assures Ajay that Sabal hides behind his blind faith and tradition, and that she is surprised by how he can follow along like one of his puppets. Amita then tells Ajay that she really believed him when he told her that he only wanted to fulfill Ishwari's dying wish.

After mocking that Ajay is the son of Mohan and that he will be the sole savior of Kyrat, Amita tells him to follow through with his orders and pull the trigger, sarcastically claiming that it is the will of Kyra.

After the end of the game, if Amita was placed in charge to lead the Golden Path, there will be a secret cutscene featuring her in Tirtha. There, Amita reveals her true intentions of turning Kyrat into a totalitarian drug state. She proceeds to order the rebels into the houses, conscripting every child they find to be recruited as soldiers into the Golden Path, claiming that the increased numbers are necessary for enforcing Kyrat's future peace and protecting the drug fields. When Ajay demands to know what Bhadra has to say about this, Amita claims that she sent her away, where the Golden Path's enemies cannot find her, implying that she had Bhadra killed, as she tells Ajay that she will not be coming back. As Amita walks away, Ajay has one last choice: to leave her alone or shoot her.

Amita is a strong genius and does not like to be contradicted, but always tries to show her hand. She believes she will repair Kyrat with the money she gains, but her form of gaining money relies heavily on selling and trafficking drugs. Amita wants to break Sabal's heavy pace into the traditions of Kyrat, and openly manipulates Ajay into helping her, only to show her true intentions later, showing it if the player chooses her to be the Golden Path leader. 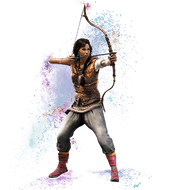 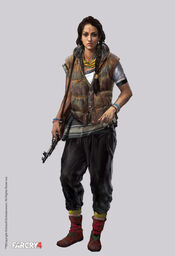 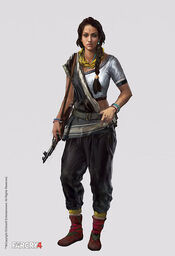 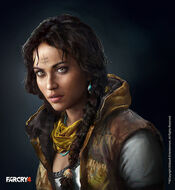 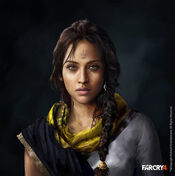 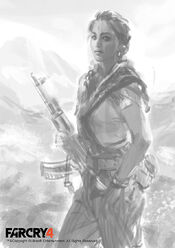 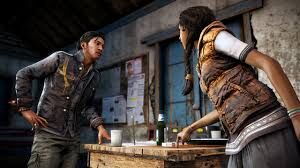 Amita and Sabal as appears in Far Cry 4 key art 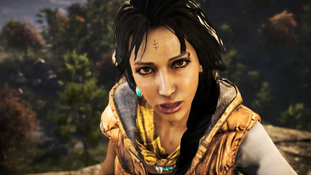 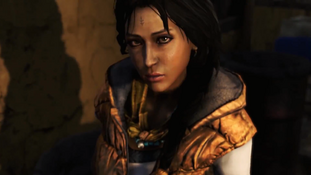 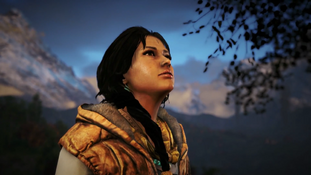 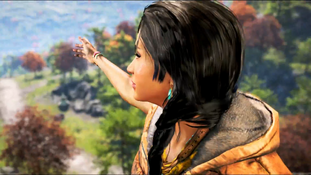 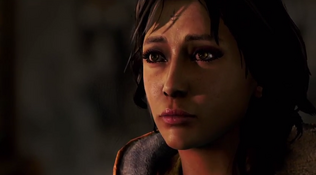 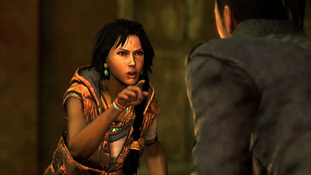 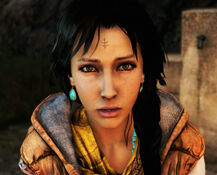 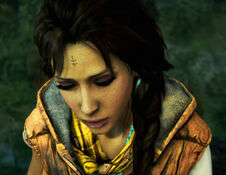 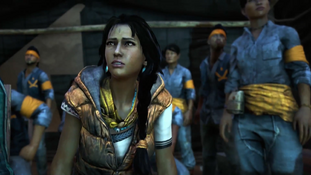 Amita during the mission Payback 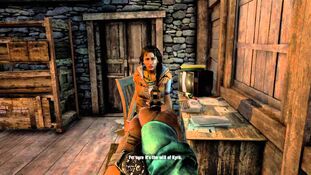 Ajay, about to kill Amita (determinant). 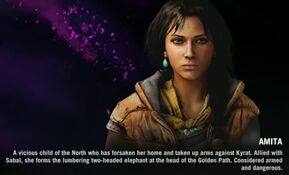 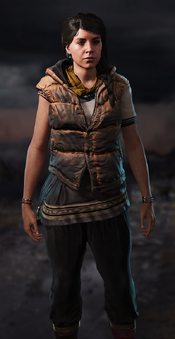 The Amita Special Outfit for female players in Far Cry 5.
Add a photo to this gallery

Retrieved from "https://farcry.fandom.com/wiki/Amita?oldid=100159"
Community content is available under CC-BY-SA unless otherwise noted.