Start a Wiki
watch 02:35
The Loop (Games)
Do you like this video?
BRP: Beta Restoration Project is Far Cry mod made by fans, to recreate the Far Cry's early versions, This project seems to restore beta and cut objects/Characters from Far Cry 1. Some Triges has been restored, a project that the fans is trying out.

The mod will be created by mxlnmn, the creator in ModdB.

Around 2001, Crytek was have a creating a project game called: "X-Isle", a project Tech-Demo/Alpha about dinousars and aliens, but the developers had left the ideias behind.

In 2002, the Far Cry, was in development, along with Ubisoft, they had creating mutants, characters, maps and etc. the Alpha version, shows the island with a soldiers, and vehicle. Also, the player weapons, the Crytek had shows concept arts showing characters and choose a mercenary with hawaiian shirt: Jack Carver as protagonist of the game fighting against Krieger Corporation.

In 2003 Q1, Now the developers shows the Trailer with characters, the physics, the weapons, the objects, NPCs and AI(Artificial Intelligence). later in E3 trailer shows Jack Carver with Valerie Constantine, in the island and later Val is captured, this reveals that Far Cry story is destroy Krieger Corporation and Rescue Valerie.

In 2003 Q3, A E3 Trailer shows the first mission: Fort, Jack wakes up in a Wrecked-stranded Akagi Carrier with Doyle talking through the radio, and shows the gameplay where the player must get to top of World War 2 fort in mountain and destroys the radio tower, and show the cutscene where Jack is arming the bomb for 15 minutes, but this makes 15 seconds and Jack runs away.

In 2004, Far Cry was launched, but not exactly what is shows in E3 and Trailers, different maps, differents skyboxes and enemies are cut from the game, errors in textures too.

In 2017 and 2018, a man named mxlnmn, had a ideia to recreate the Beta version back on the game, creating a mod in Moddb site, named BRP: Beta Restoration Project, and the mod is on development and shows videos and images of beta version of first Far Cry, so mxlnmn had contract with FarOut team to help with project. Also they found on other sites a concept arts from the Far Cry like "Gamer's Hell".

In 2020, today, they shows the gameplay, trailers and updates. 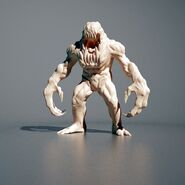 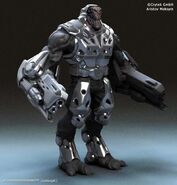 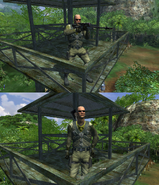 Screwed Trigen kill two mercenaries with kick in the buggy

Jack Carver shooting at Screwed Trigen with a Jackhammer

Screwed Trigen using his claw against the jeep

A Mercenary killed by Screwed Trigen 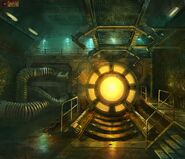 Richard Crowe
Add a photo to this gallery
Retrieved from "https://farcry.fandom.com/wiki/BRP:_Beta_Restoration_Project?oldid=95204"
Community content is available under CC-BY-SA unless otherwise noted.