Boomer is a dog and one of three Fangs for Hire in Far Cry 5. He can be recruited by completing the main story mission Man's Best Friend. Players will first need to liberate Rae-Rae's Pumpkin Farm in Holland Valley to unlock the mission.

Boomer is a regional dog champion; this fact makes John Seed attempt to capture him and deliver him to his brother Jacob, as he could be useful to the cult against the Resistance when used in Jacob's Judge program. His owners were murdered by the Peggies before the deputy could arrive. However, Boomer had not yet been shipped off to Jacob, which allowed the deputy to rescue him.

Boomer would eventually die between the events of Far Cry 5 and Far Cry: New Dawn, either from wounds sustained in the nuclear bombings or from old age.

Even if Boomer would have survived the nuclear holocaust, he died prior to 2035 due to old age. He is one of the only Far Cry 5 characters confirmed dead in New Dawn. A grave dedicated to Boomer can be found in the game, in the crypt of the Lamb Of God Church, now known as the new F.A.N.G. Center. 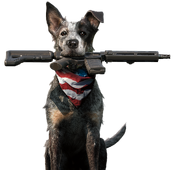 Boomer in the Roster menu in Far Cry 5

Promotional artwork of Boomer for the Fangs for Hire feature 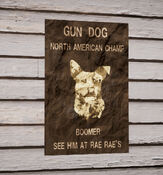 Boomer as he appears in Far Cry 5 key art 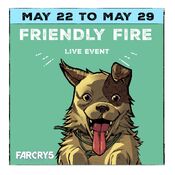 Boomer, in the Friendly Fire comic. 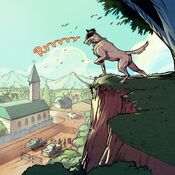 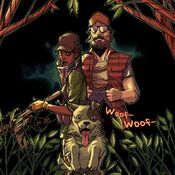 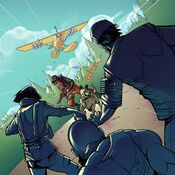 Boomers final resting place under the fang center.
Add a photo to this gallery

Retrieved from "https://farcry.fandom.com/wiki/Boomer?oldid=88407"
Community content is available under CC-BY-SA unless otherwise noted.