Casey Fixman is a member of the Resistance in Far Cry 5. He works as combined chef, waiter, and cleaner in the Spread Eagle Bar in Fall's End.

Main Article: Testy Festy He asks the Junior Deputy's assistance to acquire the Testy Festy Trailer in order to raise the spirits and morale of the Resistance, by holding the Annual Testicle Festival of Fall's End.

Due to him never being seen nor referenced, it is unknown what ultimately became of him. 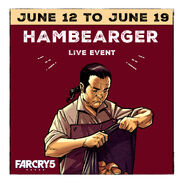 In the Hambearger comic, page 1 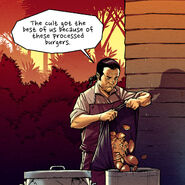 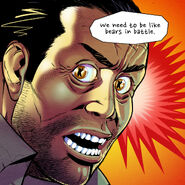