Blue
Spoiler warning: Plot and/or ending details follow. Read at your own risk!

“Behold the face of a terrorist, Darpan was one of the original members of the Golden Path insurgency and has devoted much of his life to befouling the vision Pagan Min has for our beloved Kyrat.”
King Min's Kyrat


Darpan is a character who appears in Far Cry 4.

Darpan is one of the few remaining members of the original Golden Path. He saw his country descend into civil war and the arrival of Pagan Min as the savior of the country. He fought alongside the newly minted Royal Army to return the heir of Kyrat to the throne, and was among the few who escaped when Pagan Min betrayed everyone to seize the throne. As one of the founding members of the Golden Path, Darpan has seen the movement’s fortunes rise and fall. He never truly found a strong role in the organization, preferring to follow rather than lead. When Mohan died and the Golden Path fractured, Darpan found himself following Sabal, sometimes as a lieutenant, but most often on his own as a smuggler in a support role for the rebellion. He helps Ajay Ghale get into Kyrat but ends up getting himself and Ajay captured by Pagan's forces. Later, Darpan is tortured to death by Paul De Pleur after being caught texting for help to Sabal. 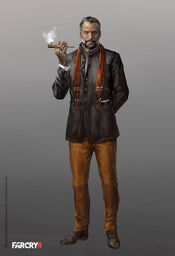 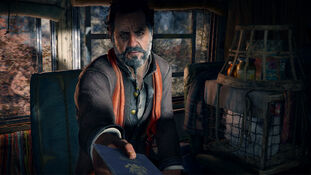 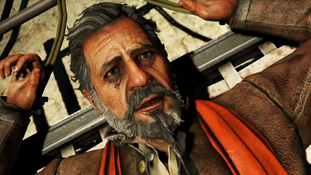 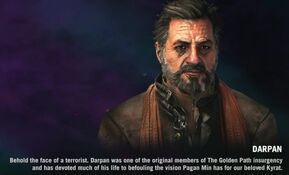 Retrieved from "https://farcry.fandom.com/wiki/Darpan?oldid=86935"
Community content is available under CC-BY-SA unless otherwise noted.