"B-movie director Guy Marvel is destined to be the next big thing – just ask him. Join him in 7 hilarious scenarios to take on hordes and hordes of the undead."

Far Cry 5: Dead Living Zombies is the final of three DLC packs released for Far Cry 5. This pack "will pit players against hordes of the undead in a zombie-infested wasteland."[2]

In this DLC auteur Guy Marvel finds ways to get the attention (mostly unwanted) of far more successful writer-directors and pitch them his ideas. For the first few, they hate the ideas he comes up with as they are pretty far-fetched and ridiculous, then he finds a director who is intrigued by the idea at first, but wants to make changes to it, ultimately resulting in Guy Marvel angrily storming off due to creative differences. He eventually finds a couple who love his ideas. Each pitch is in a different environment, but there is nothing other than the zombies that won't feel familiar to players of Far Cry 5. The player becomes the 'hero' in each one and there are seven pitches in total.

The pitches will need to be played in a specific order to unlock them. Once they are unlocked, they can be replayed for score, unlocking in-mission perks, and special rewards including cosmetics. The DLC can be played in solo mode or co-op. Each mission has a high-damage weapon with plenty of ammo to be found and used if desired. 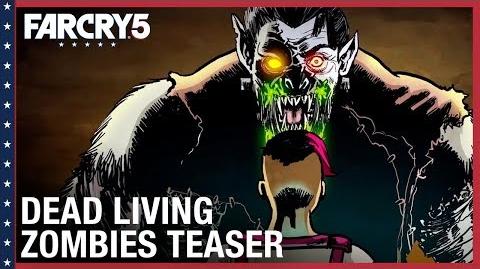