Valley of the Yetis DLC

Brown
Digvijay is a character who appears in the DLC of Far Cry 4, Valley of the Yetis.

Not much is known about Digvijay, only that he is a specialist in explosives and a bombs maker. After the Valley was taken by the Disciples, he hid all his explosives and began to hide, knowing that they would one day find him and force him to create bombs for them. When he is finally captured and held hostage, he refused to give the Disciples' information about where his bombs were and refused to make bombs for them (which can explain why the Disciples rarely use explosives, except when they try to blow up the Relay Station). As punishment, they tortured him mentally and forced him to drink "the Elixir" after the method being recommended by the Inquisitor.

Valley of the Yetis

His first appearance is when Ajay Ghale overhears Master Sandesh's soldiers talking about how they caught Digvijay, and how they were planning to force feed him the Elixir and sacrifice him to the Yetis on the radio. Ajay goes to where Digvijay is being held up and rescues him. After Ajay saves him, he calls and tells him the location of Sandesh's headquarter in Temple of Yalung, and gives him explosives in order to destroy the temple gates so he can storm the temple, kill all the Disciples, and get information on location of "the Relic" so Ajay can destroy it and end its evil once and for all. He also tells Ajay that ever since the Disciples forced him to consume "the Elixir", he has been having maddening visions and says that the Elixir transforms people's flesh; thus implying that the Elixir transforms people into Yetis and that the Relic is the source.

Afterwards it is impossible to know what happened to him, since Ajay left the Valley without meeting him again, but since turning into Yeti requires long, constant and concentrated exposure to the spores from the Relic, he cannot turn into a Yeti, as the Elixir is the watered down version of The Relic and he was only briefly exposed to it, while Cultist soldiers who consumed it for years but still maintain human form with limited mutations.

While Digvijay only experienced hallucinations, terrifying visions and nightmares, not physical injuries, he was still extremely vengeful about it and wanted the entire cult massacred, which Ajay agreed and fulfilled his request. 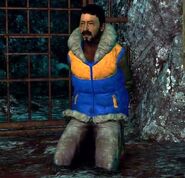 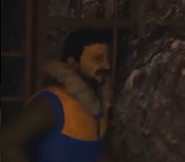