Guns for Hire (GFH) is the title given to companion characters that will travel with and assist the Junior Deputy in Far Cry 5 and the Security Captain in Far Cry New Dawn across Hope County. The equivalent terms Fangs for Hire, Robots for Hire, Fighters and Amigos are used to refer to animal companions, robot companions and randomly generated companions, respectively.

By default, the Deputy can have only one Gun for Hire following at any time. However, after obtaining the Leadership Perk (obtainable after recruiting three specialist Guns for Hire), the Deputy may bring two. While in co-op however, the player may only use one. The Security Captain, however, can only have Gun for Hire, as there is a lack of a perk that allows them to bring another Gun for Hire with them.

If a Gun for Hire has been severely injured, they will be unavailable for 20 minutes. A timer appears on their avatar in the menu. This timer ticks down while the game is paused, but not if the game is exited. They will be removed from the roster, and will need to be reassigned after the period of time elapses. The Leader perks can cut this time in half for each of the nine specialist Guns for Hire. Each of these costs 4 Perk Points.

In addition to the nine unique specialists, the deputy may recruit up to three randomly-generated Hope County residents to fight with them. Their names, weapons, skills, and appearances are all procedurally generated. Unlike Specialists, they do not have avatars - only the icons of their primary weapons are used to identify them.

When recruited, they are added to one of the three empty slots in the "Fighters" section below the "Specialists" grid on the "Roster" section of the in-game menu screen. Unlike Specialists, Fighters can be removed from your roster by selecting their icon and pressing the "F" key (on the PC).

While the Fighters do have two skills like Specialists, they must unlock them by gaining kills (5 and 12 kills) on enemies first, and each skill is randomly chosen as they hit the kill threshold.

The following is a complete list of perks that fighters can obtain. Some are limited by archetypes, such as the Brawler being the only one who can obtain Power Hitter, and Long Range can obtain Sharpshooter.[1]

The Specialist companions have their own unique skills, which are unlocked as soon as the companion is available.

In Hours of Darkness, Cowboy starts out with no one, but may obtain three partners: Kyan "Joker" Chavez (a soldier), Cayson "Moses" Walker (a heavy) or Yandel "Yokel" Boyd (a sniper). Unlike a normal Gun for Hire, they will permanently die if they lose all of their health and are not revived. They will still assist Cowboy if he is knocked down. By default, Cowboy can travel with two of them as soon as he is able.

In Lost On Mars, Nick Rye has only one companion, Brobot, who can be obtained after completing a story mission. Brobot is called a "Robot for Hire", but he is functionally identical to a Gun for Hire, except for the fact that he will not be temporarily unavailable if not revived. Brobot will also not revive Nick if Nick is knocked down. 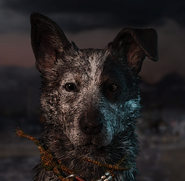 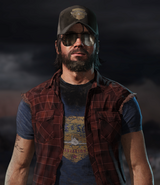 "The King of the Skies", Nick Rye 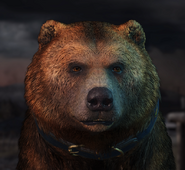 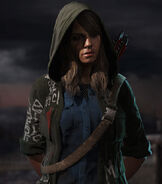 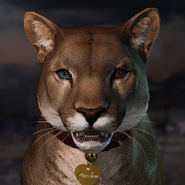 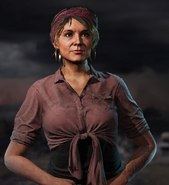 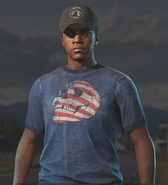 An example of a randomly-generated Fighter 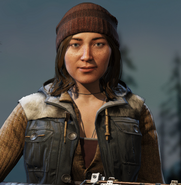 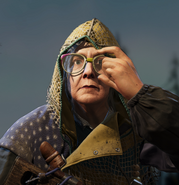 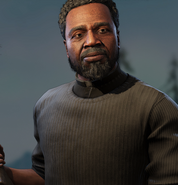 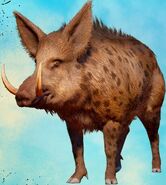 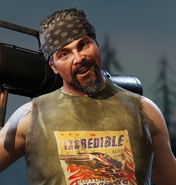 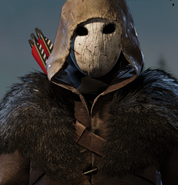 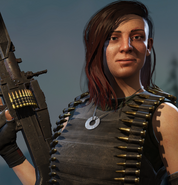