The Legends of 67 are a Guerrilla faction featured in Far Cry 6. They can be found in El Este.

Based in Yara's mountainous jungles, the Legends of 67 are a band of ex-revolutionaries from the Revolution of 1967 who oppose the rule of the son of ex-President Gabriel Castillo, Antón. During the Revolution of 1967, The Legends built guerilla paths all over Yara. Their experience in guerrilla warfare makes them essential in the turmoil yet to come.[1]

Despite fighting for Libertad, some members such as Lucky Mama and Lorenzo express disillusion toward the past and current revolution as they witnessed the economic decline of Yara after the first revolution and the Libertad's behaviors are repeating the same mistakes.

One of the historical notes on the "Torre del León" reports this.

"THE FIRST SHOT AND THE LAST

The revolution of '67 began, and ended, with a shot exploded by the same piece of artillery.  Hostilities kicked in when an American-made 75 mm fired a shot at a guerilla invasion force.  In a historical (and according to some, even poetic) twist, the last shot of the conflict was fired from the same weapon.  The cannon, now manned by guerrillas, fired on the presidential complex, forcing the last soldiers protecting President Gabriel Castillo to surrender.  The gun is still in the active equipment of the FND, but the shells have been preserved." 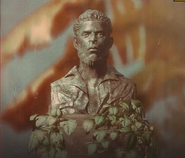 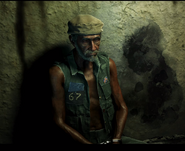 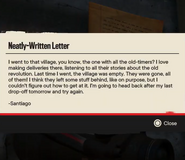