Start a Wiki
watch 02:00
'Far Cry' Profile: Noore Najjar
Do you like this video?

The Mouth of Madness


“Noore's maternal instinct for all of Kyrat knows no bounds, be they man or beast. Like a mother eagle watching her nest, she would do anything to protect her children and keep them from evil. Visit Shanath Arena and witness her benevolence first hand.”
King Min's Kyrat


Noore Najjar is a character who appears in Far Cry 4. Although she is presented as the quaternary antagonist, she is actually an ally, and seeks Ajay Ghale's help in rescuing her family from Paul "De Pleur" Harmon.

Noore is one of 3 generals for Pagan Min. She supervises the making of Poppy into heroin and runs the Shanath Arena.

Dr. Noore Najjar was a doctor working with aid organizations in Kyrat back in the early days of Pagan Min's reign. After witnessing the state of Kyrat first-hand, she published papers condemning the human rights abuses that were taking place there. Pagan responded with an olive branch. He promised reform, put together a panel of experts and created a 12-step improvement plan to draw Dr. Najjar back to Kyrat. He invited her to be part of the first round of presentations. He even extended the invitation to her whole family, offering them a place in his palace for the trip.

Noore flew out with her husband and two sons. Pagan was a gracious host and everything was going well until the day of the presentation. The presentation was genuine, Pagan's 12 step plan was actually a good plan. Whether or not he intended to implement it is unknown. Even after the presentation, Noore continued to speak out against the way the Kyrati people were being treated. So, Pagan Min did what he did best: he kidnapped Noore's family and gave them to Paul Harmon (De Pleur). After that day, under the threat of harm to her family, Noore has worked for Pagan Min. She runs the arena, overseeing vicious blood sports and trafficking humans as both participants and slaves. Noore also runs Pagan’s heroin business, under the careful watch of his right hand woman, Yuma Lau. Noore processes the opium from (Paul De Pleur) into heroin, and oversees the logistics of export to the west. [1]

Ajay first meets Noore after being thrown in the Shanath Arena after taking drugs from Yogi & Reggie. After emerging victorious, Ajay is introduced to Noore in person, who tells him that she does not want him dead anymore, and needs his help to find out the whereabout of her family. Ajay reluctantly agrees to the plan.

Later, Ajay visits Noore at the Arena. Noore sends Ajay to sneak into De Pleur's residence in order to find her family, as De Pleur is hosting a farewell party before his return to the United States. After getting De Pleur inside a car trunk and fleeing towards a Golden Path camp, De Pleur laughs and reveals to Ajay that Pagan had ordered Noore's family's execution years beforehand.

“Now I'm free.”
Noore as she throws herself into the Arena (Determinant)


After escaping with De Pleur, Ajay learns from a heated argument with Amita and Sabal that it's Noore's turn. Ajay returns to the Arena while entering through an air duct, and after killing the arena guards and sabotaging an arena fight, he gets closer to Noore. When confronting her, Ajay will slowly walk towards her unnoticed, with a pistol aimed at her head. The player is then given a choice to shoot or spare her.

Should the player shoot Noore, Ajay will do so and she will fall in the Arena, dead. Should the player spare her, Ajay will approach Noore. When Noore asks Ajay about her family, he will tell her that they are long dead. Ajay tries to comfort her by saying that she is "free now", and that she can leave Kyrat; however, Noore realizes that she is nothing without her family. After stealing Ajay's Kukri and telling him that she gave the Arena a taste of her blood as well as Ajay's, she proves so by cutting her pulse to the audience. Noore then commits suicide by throwing herself into the arena, where she is eaten by multiple animals. 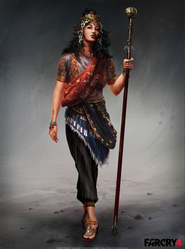 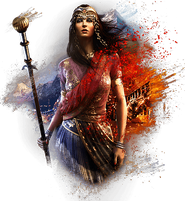 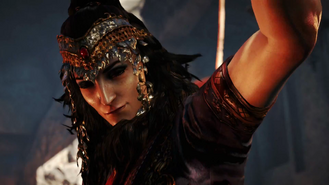 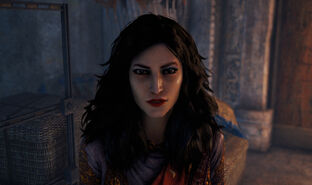 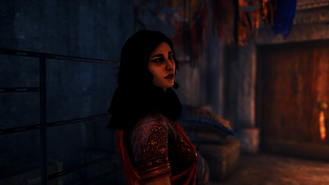 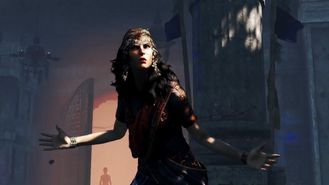 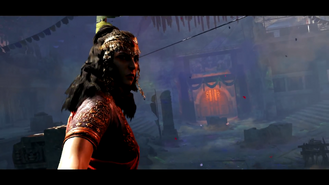 "Some people believe you can make a difference here, Ajay. This is the moment of truth." 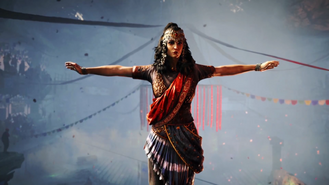 Noore as she commits suicide (determinant) 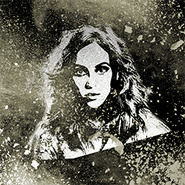 Noore in the Two Down Trophies's icon 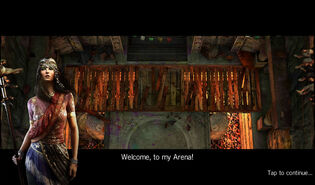 Noore as she appears in Far Cry 4 Arena Master 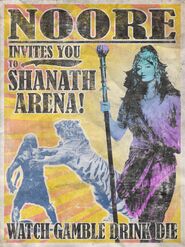 As appears in Shanath Arena poster 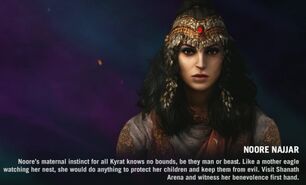 Retrieved from "https://farcry.fandom.com/wiki/Noore_Najjar?oldid=85440"
Community content is available under CC-BY-SA unless otherwise noted.