Paradise Lost is a two-player arcade cabinet light gun rail-shooter game released in 2007, developed by Gloval VR and published by Ubisoft. It is based on Far Cry Instincts and uses models, textures, and assets from that game. The player(s) take the role of Jack Carver and an unidentified partner, who fight using a pair of swivel-mounted machine guns, which also have a limited number of rockets and grenades. From the beginning of the game the player(s) can select one of four levels, in which they will navigate through the environment along a fixed path while battling mercenaries, mutant Trigens, and small dinosaur-like lizards.

After completing all four levels, a fifth level is unlocked in which the players travel through the island's main facility which culminates in a final battle against a mutagen-enhanced Colonel Crowe.

The game's mechanics and cabinet setup are very similar to Aliens: Extermination, another arcade game developed by Gloval VR. 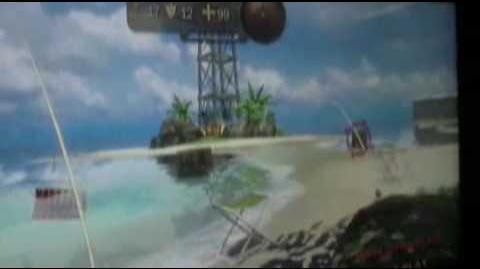