right
The Rook Islands are the Indonesian setting of Far Cry 3 and The Far Cry Experience. It is where Vaas, Citra, Hoyt Volker, Buck and Dr. Earnhardt are based, and is full of relics such as ancient ruins and World War II bunkers and tunnels. The Rook Islands consist of two major islands — the North Island and the South Island (actually four islands separated by streams) — along with three smaller islands.

The Rook Islands were once considered a tropical paradise. They are filled with tropical forests, green grasslands, thick swamps and steep mountains, but years of violence and neglect have caused them to fall into a state of permanent turmoil. The once peaceful archipelago used to belong to the thriving native tribes, most notably the Rakyat, who once controlled the islands in their entirety. However, lawless pirates and militiamen have since violently taken over the archipelago.

In the 15th Century Zheng He, a Chinese explorer, passed the islands during a voyage to map the oceans. They proved an ideal location for one of his most loyal warriors - Lin Cong. After Zheng He left the islands, Lin Cong stole one of his colossal treasure ships, the Chaoyang, which contained massive amounts of gold and treasure collected by Zheng on his many voyages and promised his crew wealth and power which he promptly delivered. Once Lin Cong and his men secured and hid the ship, they set out to enslave the natives, the Chinese invaders forced the native slaves to build shrines as well as some towns and temples in his name. At this point, Lin Cong and his men were considered lords of the islands (with Lin still in complete control), the island's newfound empire was short-lived, however, as a vengeful Zheng He returned for Chaoyang and his traitorous old ally. After a relatively minor battle, Zheng He wiped Lin Cong's empire from the island for good (with the help from the Rakyat who took the opportunity to rebel), but not before Lin Cong could seal away his most prized possession: the Chaoyang. Rook Islands rumours and myths state that the ship was never found.

After the events of Far Cry 3, the Rakyat reclaimed control of the islands. If the "Join Citra" ending was chosen by the player then the unnamed child of Jason Brody most likely ruled the islands, but if the player chose the "Save Your Friends" ending then it is unclear who would rule the islands since Citra would be dead. All that is known for certain is that the Rakyat will clean up their islands and return them to the way they once were, possibly even being assimilated into Indonesia, though most likely by force similar to Timor and Papua. 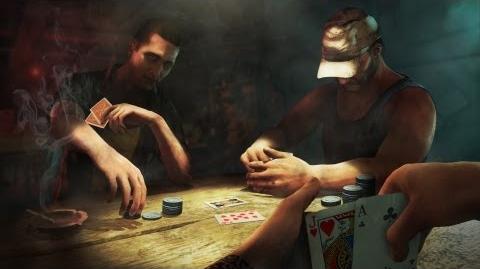