Flamethrower
The Cook is a fanatical and sadistic cultist in Far Cry 5. He is a revered enemy of Jess Black and the Whitetail Militia.

He makes his first and only appearance in the side mission A Dish Served Cold, as the chief antagonist of the mission. Learn more here.

Before engaging in combat, The Cook can be seen torching bodies from a standstill with his flamethrower. When fighting the Deputy or Jess he acts like any normal flame enemy.

Up until the time stealth is broken, his back is turned. This is worth noting as shooting him in his exposed tanks can make for an easy kill. He drops a seemingly generic flamethrower when he dies.

(when idle, before attacked) 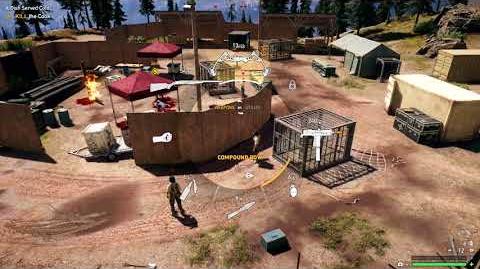